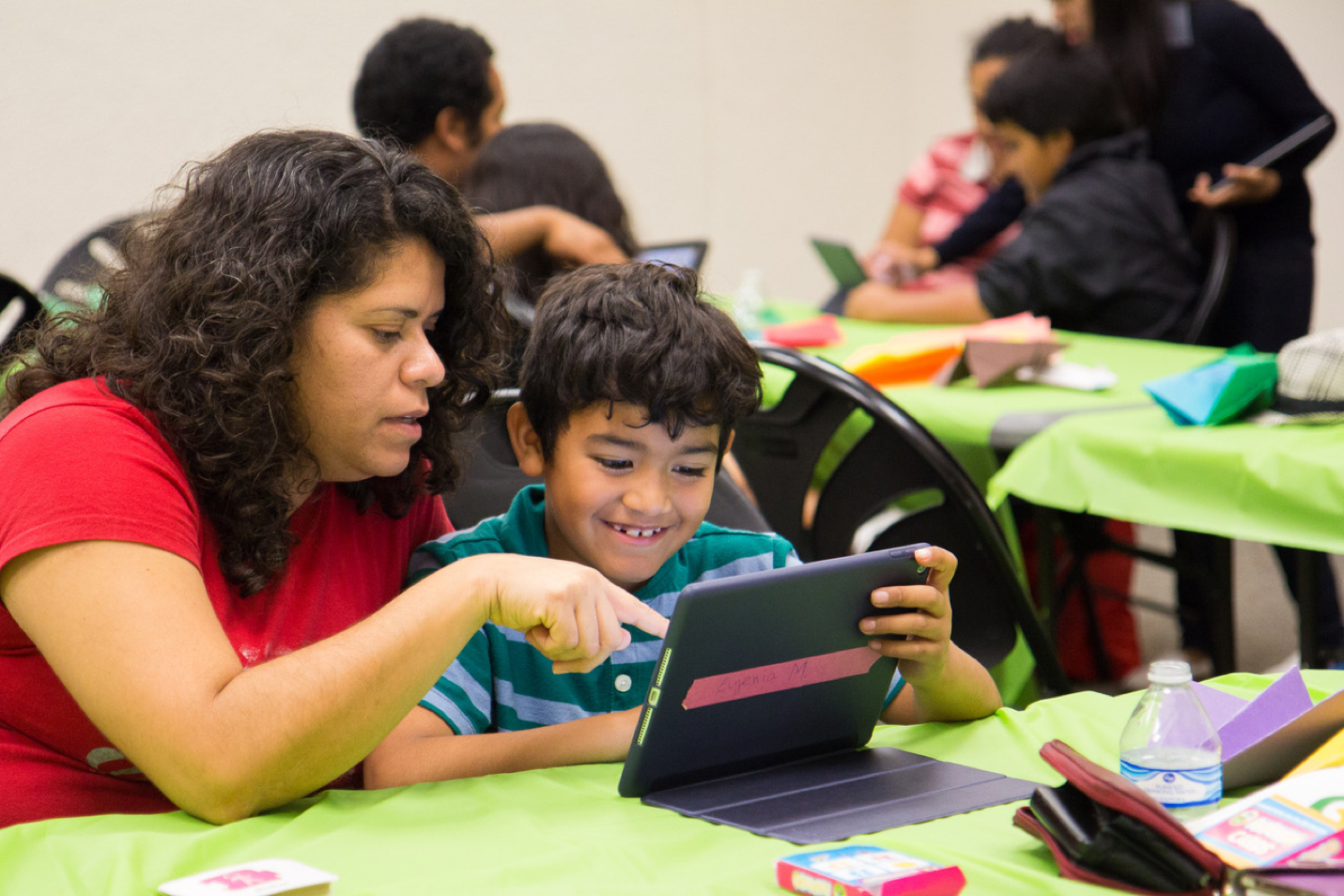 A mother and son participate in a PBS SoCal workshop.
Courtesy PBS SoCal

PBS SoCal has partnered with the Compton Library branch of the County of Los Angeles Public Library to offer digital media & technology-focused family workshops around the PBS KIDS ScratchJr coding app. The most recent series of workshops took place in Fall 2017 and were offered at the library every week for four weeks. Serving low-income families, the workshops are part of PBS SoCal’s commitment to help bridge the various gaps in education in the region and ensure all children are ready for kindergarten, especially those that need it most. As research has shown that meaningful parent engagement is key to helping prepare children for success in school, PBS SoCal structured the workshops to engage both children and their parents in significant ways.

Parents in these communities often have little time to engage in their children’s learning, which poses some obstacles when it comes to participation. PBS SoCal’s workshops are helping to change that for the next generation. The workshops are designed for 10-15 families at a time, starting with a meal at the library on a Saturday. Parents and children are then split up into two groups, facilitated by a bilingual educator and PBS SoCal’s support staff, where each group engages in activities around ScratchJr coding and storytelling content. The adults and children are then brought back together where they share what they’ve done and participate in a final learning activity together.

The results have been overwhelmingly positive, especially in regards to parent engagement; participating parents learned new content and had fun doing so, but also left empowered to stay active in their children’s education. The workshops were transformational in this respect. This was especially true for one mom in particular, who began the workshop frustrated that she had to participate (as opposed to just dropping her kids off), but left smiling after the first session, and enthusiastically came back to actively participate in subsequent sessions, proudly “graduating” with her children during the final gathering.

The workshops have been successful in fulfilling the educational and community missions of both PBS SoCal and the Compton Library.

Due to its location and other factors, including a large homeless population, the library’s primary visitors tend to be adults. Because the library has not been able to engage families in the way it would like, the visibility and trust of the PBS KIDS brand has been invaluable in helping to bring more local families there. The workshop experience has kept visitors meaningfully engaged and more likely to take part in library activities and resources going forward. Plans are underway for additional workshops and resources, including a designated PBS KIDS corner at the Compton Library, featuring a technology-oriented mobile lab with PBS KIDS content for kids and parents alike.

For PBS SoCal, the workshops at the library have helped extend the value of PBS SoCal content beyond broadcast and directly into the community in a very tangible way, helping to strengthen the impact of PBS SoCal education programs. The station has successfully engaged with one of its primary constituencies -- underserved families – and has laid the groundwork for continued meaningful engagement with these families. Since the workshop, PBS SoCal has used Facebook to communicate with the families and to engage them with specific online tasks and activities designed to keep them active in their children’s learning.