NET Welcomes All Kids Aboard with Sensory-Friendly Event 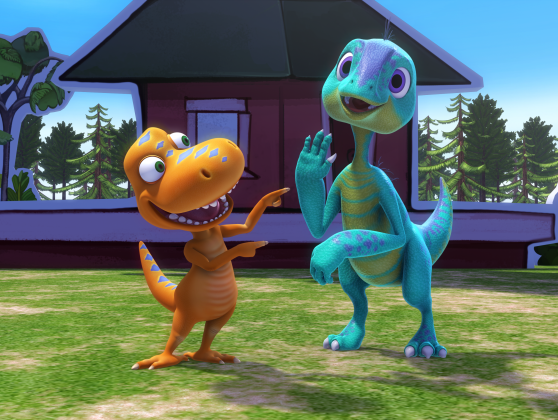 NET recently hosted a sensory-friendly screening of DINOSAUR TRAIN.  Families for whom autism is a part of their lives were able to enjoy the event without the worry of over- stimulation, which is an experience that most families in rural communities across Nebraska do not have access to.

Approximately 30 people attended the event at the Edgerton Explorit Center –a hands-on science center -- where the exhibits were modified to be less noisy, bright and loud. NET also worked with the Nebraska Autism Society to provide additional child development resources and support for those in attendance.

The screening featured a new episode of DINOSAUR TRAIN that premiered in honor of Autism Awareness Month. In “Junior Conductors Academy,” Buddy and his siblings become friends with a dinosaur who knows a LOT MORE about dinosaurs than Buddy, but has some trouble making friends. Like all dinosaurs, their new friend Dennis Deinocheirus has his own dinosaur features. And, like all of us, he has strengths in some areas and challenges in others.

NET’s event not only provided a rare opportunity for local children with autism to learn and have fun in a safe space, but it also helped raise awareness about the early signs of autism, positioning NET and PBS KIDS as a resource for parents who may have questions and are seeking support locally.