For RMPBS, Informal Messaging is Effective in Engaging Informal Caregivers 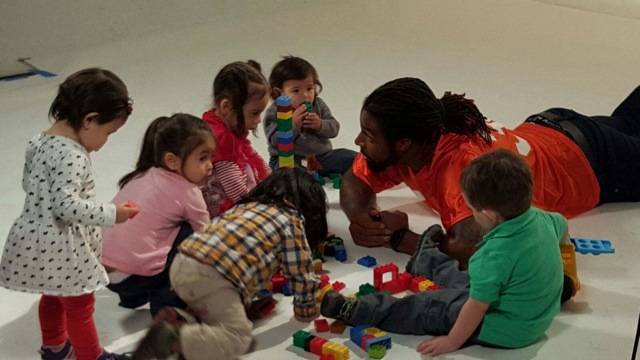 In Colorado, close to 60% of children aged 8 and under are cared for by informal childcare providers. These non-licensed caregivers -- who are typically family, friends or neighbors, and not necessarily parents – don’t usually recognize the important role they play in children’s lives.

Rocky Mountain PBS (RMPBS) is leveraging the trust and awareness of the PBS KIDS brand as well as the station’s broad on-air reach to identify and engage this important constituency.  Working with Bright By Three, a local nonprofit, RMPBS is experimenting with text messaging as a vehicle for delivering tips and other resources to informal (Family, Friend, Neighbor) caregivers across the state.

Bright By Three had already developed a text-based communications and content platform that targeted parents, but the organization’s reach was limited. RMPBS saw an opportunity to both use the station’s air to promote the Bright By Three service as an engagement vehicle, and to expand the target audience to reach informal caregivers –many of whom are home with the TV on--and help them self-identify as such. The text messaging service and the Bright By Three relationship also offered an opportunity to support an alternative vehicle for PBS Parents, PBS Learning Media and PBS KIDS content.

After conducting some initial focus groups with informal childcare providers (focus groups are ongoing), RMPBS developed a series of on-air spots featuring different “nontraditional” images of early childhood caregivers, in hopes that the target audience would see themselves in the spots and be more inclined to pay attention. Scheduled in heavy rotation between programs within the PBS KIDS block, the spots featured a variety of local celebrities, including Dr. Scott from DINOSAUR TRAIN,  as well as Spanish-language versions to engage Hispanic families, who overwhelmingly rely on informal caregivers for childcare. This led to a partnership with the local Univision station, whose anchorwoman recorded TV and radio spots for RMPBS and V-Me (Univision also runs the Spanish-language version in their PSA timeslots).  All of the spots encouraged sign-up for text messages from RMPBS and other like-minded community partners—part of a Mile High United Way coalition -- via the Bright By Three platform.

Since November 2015, RMPBS has recruited over 4,000 subscribers, many of who live in low-income and rural areas of the state (subscribers share age of children and zip code upon sign-up).  The station is on track to engage 10,000 by the end of the first 6 months.

The Bright By Three platform includes extensive analytics, and RMPBS is now working with the network of other community partners to test what kinds of messaging and content perform well with the target audience.  The analytics will help RMPBS inform its future strategy and best practices to share with other stations looking to replicate. In fact, 11 other stations currently plan to adapt a version of the RMPBS model to their markets in an initiative called the New Generation, pending the development of a CPB grant proposal and the identification of additional national funding (the initial work in Colorado was funded by a local Colorado foundation).

For RMPBS, a station with no formal education staff and limited capacity for community outreach, the project has been an effective way to leverage the station’s strong brand value and broad reach to make a difference for local families.

To learn more, watch one of RMPBS' spots, this one featuring David Bruton from the Denver Broncos: