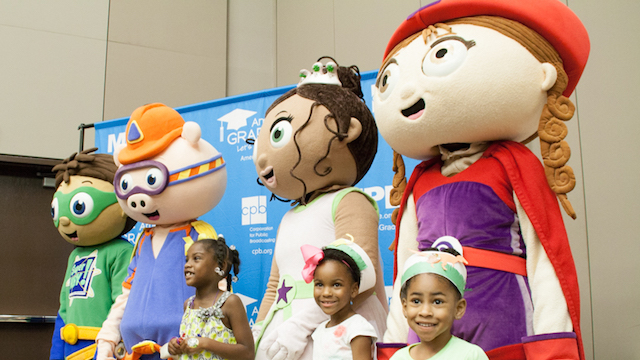 Like many other stations across the country, Mississippi Public Broadcasting (MPB) hosted a Summer Learning Family Fun Day on June 20, 2015, National Summer Learning Day. Held at the Jackson Convention Complex, the event focused on engaging the community about the importance of school readiness and continuous summer learning.  Children participated in hands-on learning fun at over 20 interactive activity stations connected with PBS KIDS series. The activities were designed to facilitate learning in topics spanning from science to math to literacy.  The event featured special performances by Sid the Science Kid (performing his “Science is Everywhere” sing-along), the Cat in the Hat and Ed Said, (the title character from MPB’s own web-based series for elementary school kids), as well as an appearance from SUPER WHY.

In addition, a variety of community partners, such as Magnolia Federal Credit Union, the Jackson Zoo, Alignment Jackson, Lowe’s, United Healthcare, the Southeast United Dairy Association, and many more joined in the fun. More than 3,500 attendees were present.