WQED and The EQT Foundation Celebrate 6 years of Community Partnership 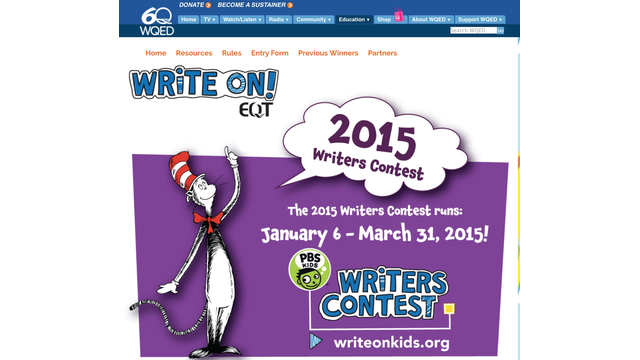 In 2015, WQED and EQT celebrate 6 years of a successful partnership
Courtesy WQED

For 15 years -- and many of those in conjunction with the long-running PBS KIDS Reading Rainbow series -- WQED coordinated an annual contest for young writers in the Pittsburgh area. The contest was popular within the community and somewhat of a “signature” WQED event. But it had never been funded.

In 2009, WQED crafted a proposal to the Equitable Gas Corporation (EQT), and was awarded an initial investment of $50K to support the administration and implementation of the annual contest.

Six years later, EQT is still the principal funder (with an increased annual investment of $90K), and the WQED PBS KIDS Writers Contest has evolved into a signature community engagement event, which has broadened its reach to geographic areas important to EQT, as well as leveraged WQED’s multi-media assets and PBS KIDS literacy content to position the contest as a year-round literacy engagement campaign.

PBS member stations WITF, PBS39, and West Virginia Public Broadcasting have helped increase the reach of the contest regionally each year, and WQED’s strategic partnerships with Pittsburgh-area museums, libraries, and other family entertainment oriented organizations have helped expand the footprint of the EQT sponsored contest year round, building awareness and visibility for WQED’s commitment to literacy among key stakeholders and funders, including local families, educators and corporate sponsors.