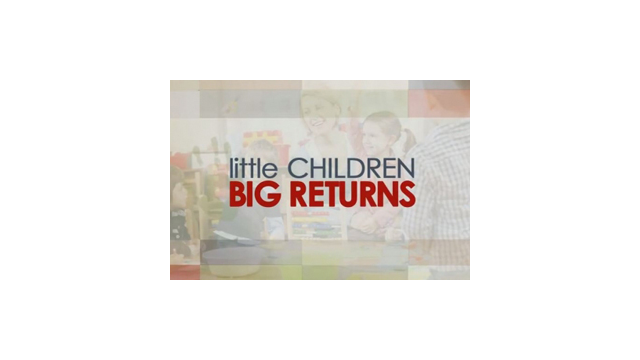 In August 2014, WFWA/PBS-39 offered Fort Wayne area viewers an opportunity to learn more about the future impact of early childhood education and to interact with area experts and advocates of an Indiana state-wide early education initiative.

The special lineup kicked off August 28 with the documentary “Little Children, Big Returns.” Produced by WFYI, the PBS station in Indianapolis, the film explains why it makes economic sense for Indiana to invest in state-funded early childhood education.

WFWA followed the film broadcast with a live, half-panel discussion on the topic titled, “A Closer Look: Little Children, Big Returns.” Panelists included Mark Michael, president and chief operating officer of Fort Wayne Metals; Dr. Deborah McMahan, health commissioner of Allen County; Ken Folks, superintendent of East Allen County Schools; and John Peirce, consultant to the Big Goal Collaborative on early childhood learning and a participant in the WFYI documentary. Viewers were invited to call in with their questions for the panel.

Rounding out the conversation, on August 29, WFWA’s local public affairs program, “Primetime39,” featured guests Melanie Brizzi, director of the Office of Early Childhood and Out of School Learning at the Indiana Family and Social Services Administration, and John Peirce, consultant to the Big Goal Collaborative on early childhood learning. They discussed Allen County’s selection to participate in the state’s Preschool Pilot Program.

PBS39 offered these programs in its primetime lineup as part of its mission to provide the public with a forum to learn more about the issues that affect our present and future, and to interact with policymakers and experts on these subjects.